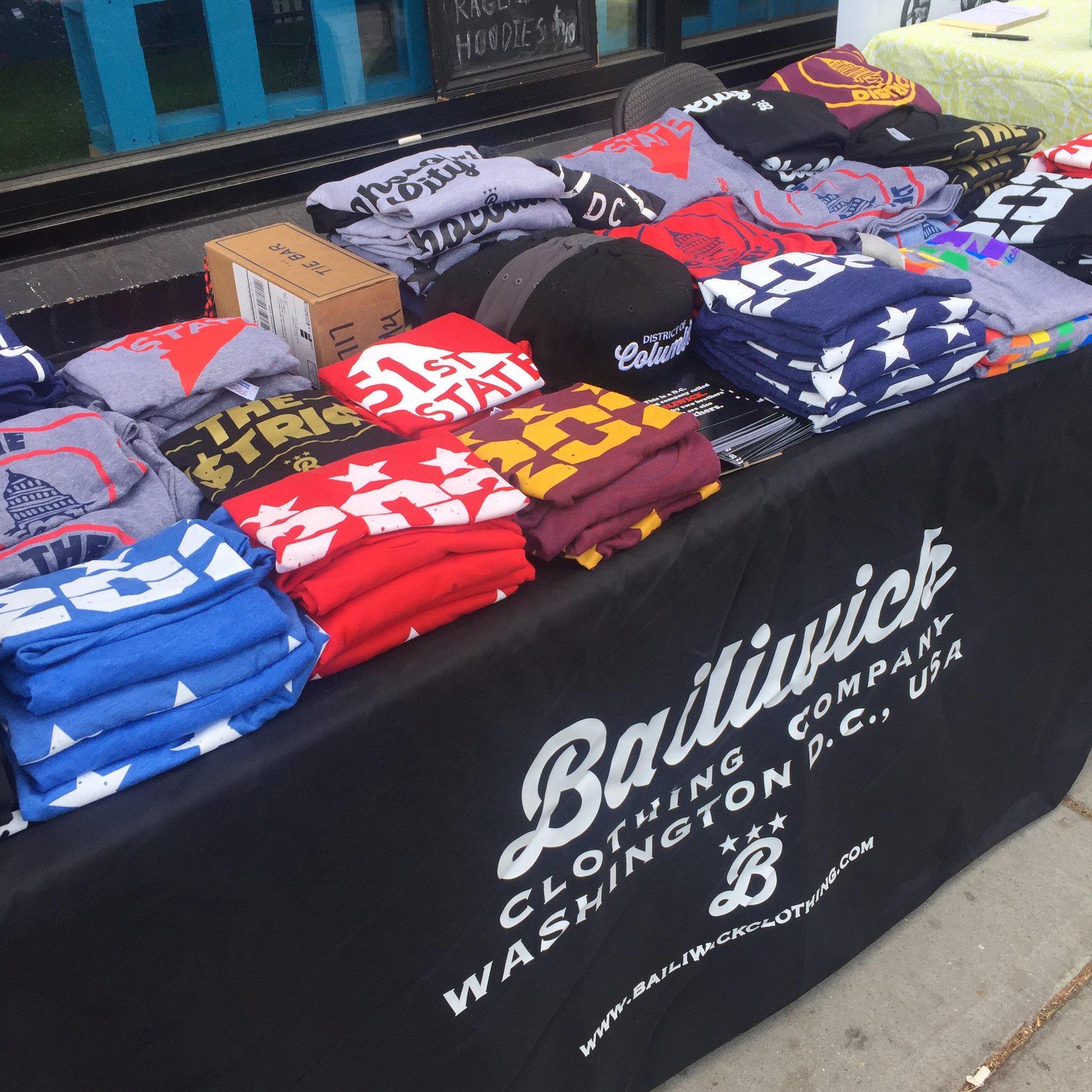 Who are you? I’m JC Smith, and along with my brother Jeff, we’re Bailiwick Clothing Company—two brothers that started a clothing company in our adopted home of Washington, DC. We’re originally from Ohio, but when we relocated to DC almost a decade ago, we had a hard time finding cool T-shirts that represented DC without looking touristy. So we put our heads together and created our own shirt company with symbols, logos, and slogans that reflect the pride and spirit of the District.

What is “Bailiwick”?: We came up with the name Bailiwick a few years ago because we love what it means and what it stands for. (Yes, it’s a real word!) Bailiwick is an old English word that means “a person’s area of expertise, knowledge, or authority.” So whatever it is that you do well, that thing is your bailiwick. And through our company, Jeff and I strive to tell the stories of people here in DC that are embracing their bailiwicks and making a difference in the greater Washington community.

When did you start? We started Bailiwick at the beginning of 2016, so we are just over a year old. We’ve learned a lot in our first year in business, but the most important thing is that we made it through year one! That being said, I think we’re well positioned for future success, so hopefully we have many more great years to come.

Where are you located? We live in Navy Yard, but we run our business online at www.Bailiwickclothing.com. We also do TONS of pop-up markets in various locations all around the District. Give us a follow on our social media channels to find out where we’re gonna be next!

What’s the best thing you’ve been a part of? We’ve been a part of some cool things in our first year. We’ve been a part of the District’s biggest festivals, gotten a chance to work with plenty of talented local artists, and we even got to attend this year’s SXSW conference. And it was nice to be interviewed on ABC7s “Good Morning Washington” a few weeks ago, but for us, it’s even more rewarding for us to do work in the community. We frequently speak to and mentor local teenage students, and we have a partnership with the local Boys and Girls Club and the Washington Builders teen training program.

Where have we seen Bailiwick? We do have a few famous folks wearing our clothes. … By now, most people know how Nats star Bryce Harper wore a few of our shirts last year, and how that helped put Bailiwick on the map. That was great, but we also saw about 10-12 different Nats players wearing our shirts by the time the baseball season was over. What an awesome feeling. We also have the mayor and a few other local movers and shakers wearing our gear. But keep an eye out because we plan to have more folks in our shirts in 2017!

What’s your end goal? We want to keep growing organically and soon become the biggest brand in the District. We’d like to eventually have a few brick and mortar stores around the city, and we also want to expand into Virginia and Maryland. And, ultimately, we want to grow Bailiwick into a multimedia company that uses its powers to enact social change.

Is there a way for people to submit input for designs or slogans? We don’t have a formal process for that, but I encourage everyone who may have an idea for us to just get a hold of us! We’re not that hard to connect with! You can drop us an email anytime on our website or a direct message on social media. For now, we’re still a two-man show, so we love to connect with folks and we’re always looking for new ideas.

Where do you hope to go from here? Well right now, we are hard at work on the new spring collection, so those new shirts should be dropping by mid-April. We have a few cool new designs up our sleeve that we’re really excited about. Plus, we’ll finally have our kids and babies lines dropping soon, so parents please take note! And then we’ll start hitting the festival/ pop-up scene again hard, so look for clothing online or at a pop-up event near you!

This site uses Akismet to reduce spam. Learn how your comment data is processed.

Sorry, no Tweets were found.

Links: More on the neighborhood

Click on the Picture to View the May 2022 Issue!